These Are Six of the Greatest NASCAR Drivers Ever

Since NASCAR was founded back in 1948 it has certainly had its fair share of skillful drivers. Below we have provided you with who we believe to be some of the most skilled drivers to ever race on a NASCAR track - this is subjective so you are completely free to disagree with us if you like. If we all agreed on the same things in life, then things would get boring pretty quickly. So, without further ado, these are the best NASCAR drivers ever. 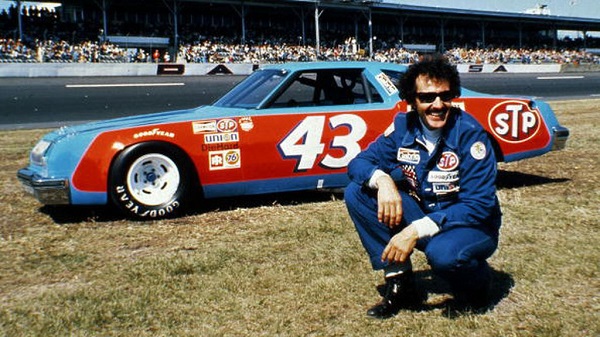 Since we are talking about NASCAR icons, it feels fair that we begin with Richard Petty. His NASCAR career last more than three decades and he won seven championships, which is something that only two other drivers have managed (and they are also on this list of our). Petty, however, was the first driver to reach this milestone though. Throughout his long career he picked up 200 race wins, 10 consecutive wins, and 123 poles. Many NASCAR fans would probably say that Petty is the GOAT, and we would definitely not argue with that.

It is safe to say that throughout his career Petty won many NASCAR betting fans plenty of money. NASCAR is a great sport to bet on and if you are thinking about getting into NASCAR betting, we recommend that you check out the following website. Here you will be able to find some great tips for betting on this sport.

He is one of the drivers that shares Petty’s seven championship wins. Back in 2010 he became the first NASCAR driver to pick up five consecutive championships, which is just one of many records that he can add to his resume. As well as being a very good driver, he is known for being arrogant and is probably one of the most hated drivers in the sport. However, we are only judging him on his driving skills, and his ability and record speak for themselves.

He was called “Jaws” because he had a bit of an overactive mouth, but nobody can say that he was not able to back up the things that he said with his driving. Throughout his career he won three NASCAR Cup championships, and when he retired, he became a team owner and saw his team also win three major NASCAT national series. Nowadays, he puts his mouth to very good use as he just so happens to be a commentator and analyst for NASCAR racing.

Earnhardt was a legend on the NASCAR track and was the one who was responsible for making the number three famous. He earned the nickname “The Intimidator” and truly was one of the very best NASCAR drivers. Unfortunately, his life was cut short in 2001 when he was involved in a three-car collision at Dayton International Speedway. Before his death, his record said a lot about just how talented he was - he had 76 wins and seven championship titles to his name.

Yarborough had a superb style of racing that brought him plenty of victories throughout his long career. He dominated a lot of the more storied speedways such as Daytona where he picked up thirteen poles and four wins. Overall, he managed to land 83 wins and pick up 3 NASCAR championship titles throughout his career. He nearly ended up playing American football for Washington Redskins, but we can probably safely assume that he did not regret his decision to become a professional NASCAR driver instead.

Pearson was one of Petty’s fiercest rivals - you could almost say that Petty was Batman and Pearson was Joker. Despite Petty coming out on top, Pearson more than proved that he was a worthy adversary as he maned to pick up 105 career wins and 3 championship titles. The fact that he won so much when there was a talented driver like Petty about is a testament to just how good he was as well.